May 19, 2018 was the day Long Beach, California debuted their 1st ever Filipino Festival!  It took place at Silverado Park & they locked in Ruby Ibarra as one of their performers.  I can't lie, I was a little hesitant about going purely because of how up front the festival was about the parking situation.  Coming from the Valley & being a horrible parallel parker, I was not excited when I saw 'no parking available at the park, park in the neighborhood.'  The festival was from 11a-7p, Ruby was scheduled to perform at 3:00pm.  Parking was actually fine.  Luckily, I was with a couple of friends to help me parallel park & remember which street we were on.  We walked up to the venue right before 3p and to my surprise they were actually running on time!  Not that I figured they'd be running late because it's a Filipino event, although I did, but more so because it was their 1st stab at it.  I've been to a couple of Inaugural events and I was impressed at how well they had their tae (sh*t in Tagalog) together.

It's 3 o'clock and I see Erik Escobar on stage getting the crowd hyped.  Erik is a stand up comedian who hosts an eating show with Dre Echave, the Magician, called: That Sarap.  I only know all of this because they recently asked me to be a part of their Season 2 finale, a Boodle Fight where we ate food off of banana leaves with our hands.  Enter shameless link plug HERE. Okay, so back to the festival... Ruby gets on and the lawn in front of the stage immediately fills.  Behind the lawn are rows of chairs.  That's where you had your families & old folks.  It was a nice little intimate venue so really anywhere you were, you had a great view of the stage.  We danced, we sang, we jumped around.  It was fantastic.  Even more so because it was FREE.  Ruby's super hot right now and she's not from SoCal so who knows when's the next time we will get a chance to see her in our area.  As soon as her set was over, she jet off in an Uber back to the airport to be back in the Bay area for the screening of her documentary at CAAMFEST, 24 hours later.  'Island woman rise...'  Oh, she rose alright, right to the top.  That's goals right there.

Earlier that day, Vince Royale, aka Bruno Barz, hit me up to  perform a song with him.  We did a Fat Joe parody song together in 2017.  Instead of 'All the Way Up', we did 'Banana Ketchup.'  Of course I was stoked to perform on stage after Ruby & it goes without saying, she's a tough act to follow! 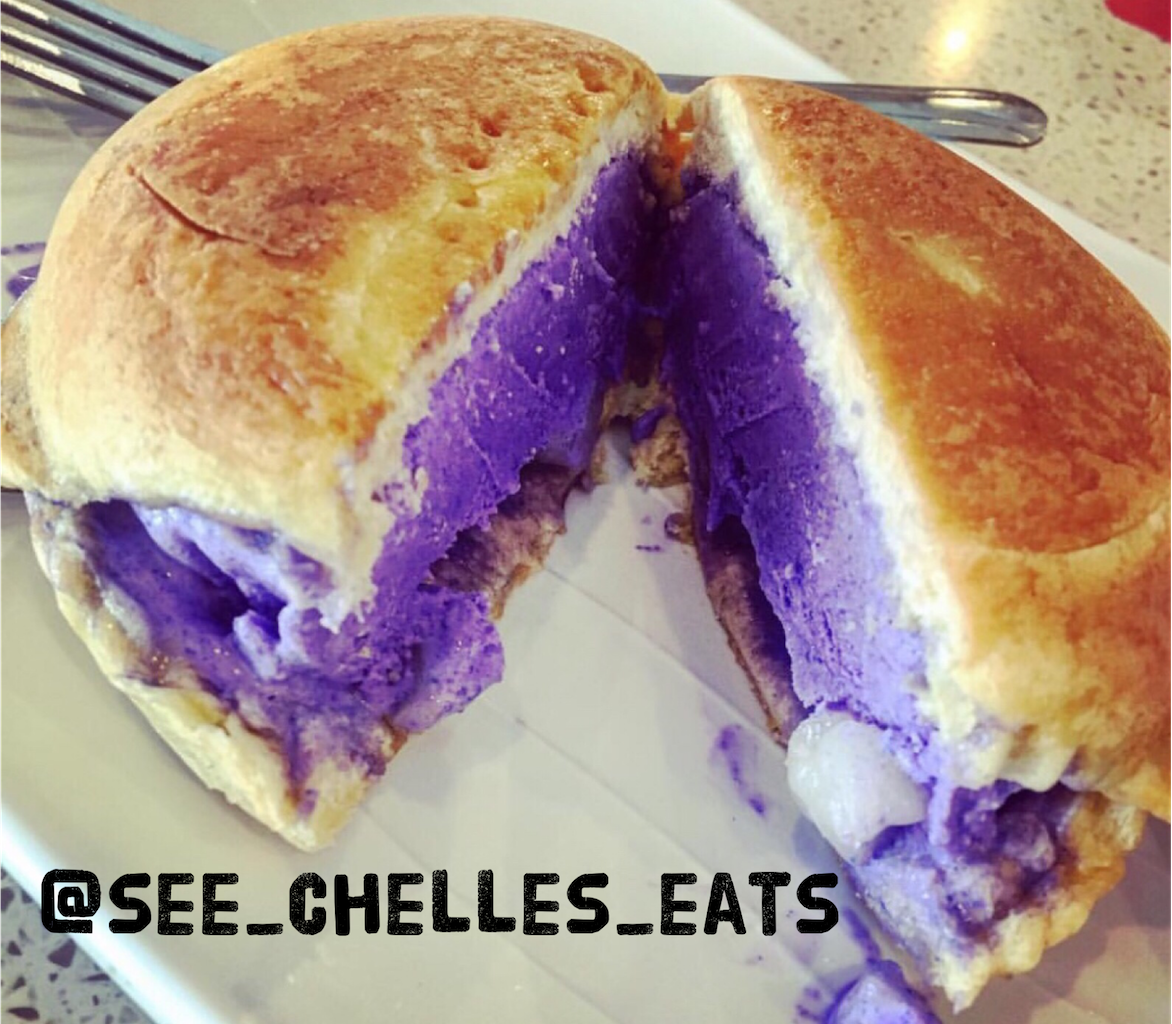 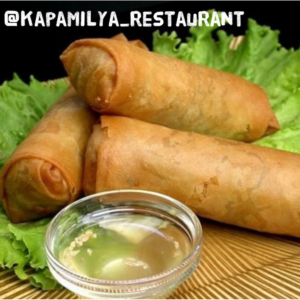 There were a ton of fantastic food vendors & as expected the lines were super long.  The festival featured a bunch of hot spots that call the LBC home.  There was Tux & Chux Street Food, Romeo Chocolates, Good Chicken LB, Kapamilya Restaurant, Island Soul Kitchen & the most popular place hands down was: Leelin's!  The moment we stepped into the festival, there was a lingering buzz about this magical Grilled Ensamada Ube Ice Cream Sandwich.  Their line never once seized.  I'm saddened once again thinking about how I didn't have the patience to wait in line.  Reminds me of Thanksgiving dinner.  We would've waited in line for 2 hours just to scarf it down in minutes.  Now I feel like my mom because I'm trying to make myself feel better about it by thinking, 'I can make it at home, for cheaper & it'll be better than theirs anyways.' 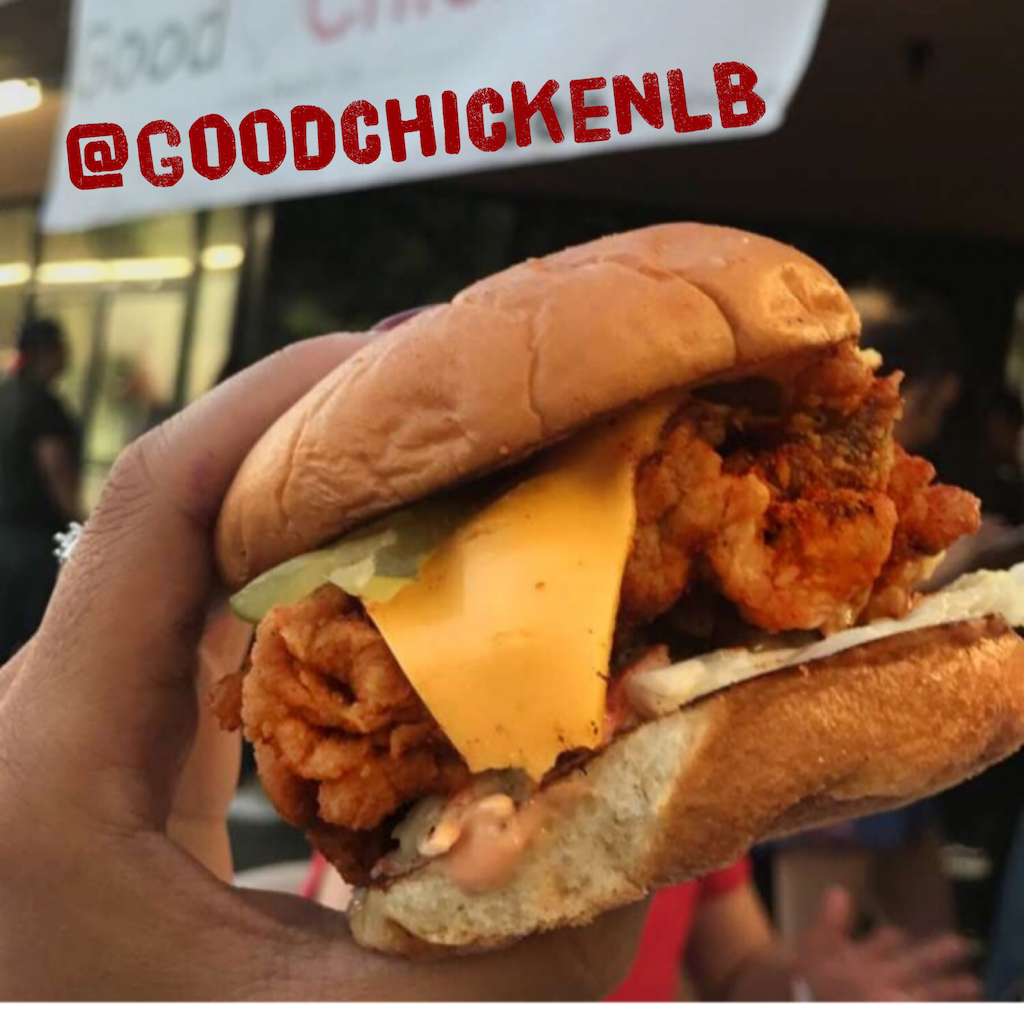 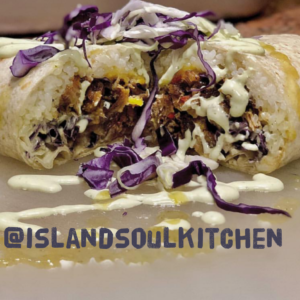 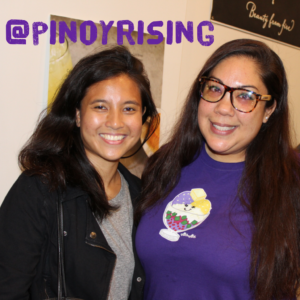 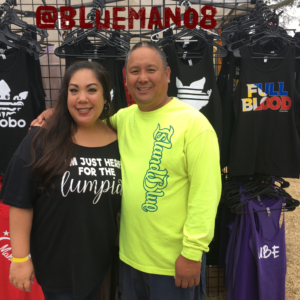 After squeezing my way through the food lines, I was able to walk around and check out the vendors.  My first stop was the Pinoy Rising booth.  It's a clothing line that's recently teamed up with Gunita Designs to create adorable Filipino food cartoons.  I picked up a bright purple t-shirt with a halo-halo cartoon.  Every single time I wear it Filipinos comment on how much they love it and non-Filipinos ask what is it where can they try it!  I also picked up an apron & will do a giveaway later!  The next booth I stopped by was hands down, the most busiest & biggest booth at the festival!  Island Blue has always been one of my biggest supporters so of course, I had to visit and say hi.  They had an exclusive new design out & it was sold out by the time I made my way over.  I gotta figure out how to get my hands on one of those ASAP!  Bumped into the Original Swole-a-Pino himself, Big Abe.  I told him I want to do a video & skit with him about his Clothing brand & security company, Kuya Protection (kuya = brother in Tagalog).  Maybe I can lead the Ate Protection department (ate = sister in Tagalog)! 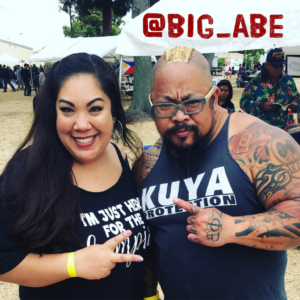 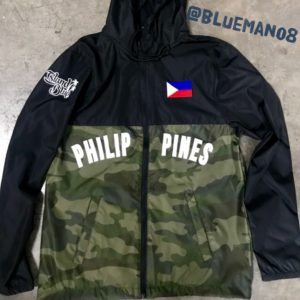 All in all, I thought it was a fantastic event.  The guys that put it together did an amazing job at getting the community together, putting on a great show and featuring a lot of the Filipino American businesses & food places in & around Long Beach.  I hope they'll continue with the festival & can't wait until the next one.  Hope to see you there!